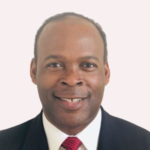 Larry was born in April 1962, in Los Angeles, California.  He was raised in Pasadena, California.  He always knew that when he “grew up” he would be a veterinarian.  He loves animals, but despite his love of animals, he was drawn and guided to the practice of law so that he could help people.

Instead of seeking admittance to veterinary school, Larry embarked on a journey to become an attorney.  He earned a B.A. in Political Science from California State University – Los Angeles, while working full-time at the United States Attorney’s Office in Los Angeles as a grand jury coordinator.  It was his experiences with the United States Attorney’s office and his experience as a paralegal that convinced him that he should pursue a career in the law.

In August 1992, Larry, at the urging of the Assistant United States Attorneys he had worked with for several years, started his law school education at Santa Clara University School of Law.  During law school Larry was a finalist in moot court and worked several semesters in the Law School’s pro bono clinic.  Larry graduated from law school in May 1995 and was admitted to the California Bar in December 1995.

After graduating from law school Larry became an associate at the defense firm of McKenna, Conner & Cuneo.  Larry would work as a defense lawyer from 1995 to 2004, when he left Holland & Knight in September 2004, to start a plaintiff’s practice with his good friend and former law partner at Holland & Knight, Mark Venardi.  They called their little plaintiff’s firm “Venardi Elam LLP.”  It was during this time at Venardi Elam that Larry found his life’s mission – helping those who have been preyed upon, marginalized, exploited and ignored.

Since 2004 Larry has taken on the cause of individual clients instead of defending large corporations.  Larry believes that representing real people with real problems and issues is what he was born to do.

For more than 24 years, Larry has been providing quality legal services to a wide range of clients located throughout Northern and Southern California. He is dedicated to helping clients achieve the results to which they are legally entitled, whether it is a favorable resolution in an employment dispute or an award of damages that fully compensates them for the serious life-altering injuries they have suffered. With a wealth of litigation experience, Larry has the skills and expertise needed to advocate for his clients’ rights in settlement negotiations or in trial in both State and Federal Courts. In recognition of his work on behalf of clients, national directory of attorneys Martindale Hubbell has awarded Larry its AV Preeminent rating, indicating the highest standards of professional excellence.

If you’ve had a great experience with Liberty Law Office, Inc., please submit a review below.