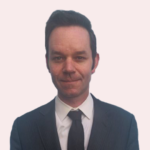 Ian graduated from Golden Gate University School of Law in May 2007.  He was ranked in the top one percent of his graduating class and received Awards for Academic Excellence in Appellate Advocacy, Contracts I & II, Criminal Procedure II, Evidence, Torts I & II, Legal Writing and Research I, and Real Estate Transactions.  Ian was also a senior editor of the Golden Gate University Law Review and served on the Moot Court Board.  He also served as judicial extern to legendary District Judge Thelton E. Henderson while in law school.

A longtime San Francisco resident and renter, Ian is committed to issues related affordable housing and eviction and has volunteered extensively with the Eviction Defense Collaborative and has been recognized by the San Francisco Bar Association for his volunteer work.

If you’ve had a great experience with Liberty Law, please submit a review below.